A few weeks ago, David Goggins returned to the Joe Rogan Experience Podcast (JRE #1906) on Spotify. Among other things, he discussed his recent history of multiple knee surgeries to correct “bone on bone arthritis” which was preventing him from running and had been exacerbated by a prior total medial meniscectomy. Goggins notes that he believed he would never be able to run again until seeing an orthopedic sports medicine specialist who offered him a high tibial osteotomy (HTO) to “unload [his knee] to the lateral side.” 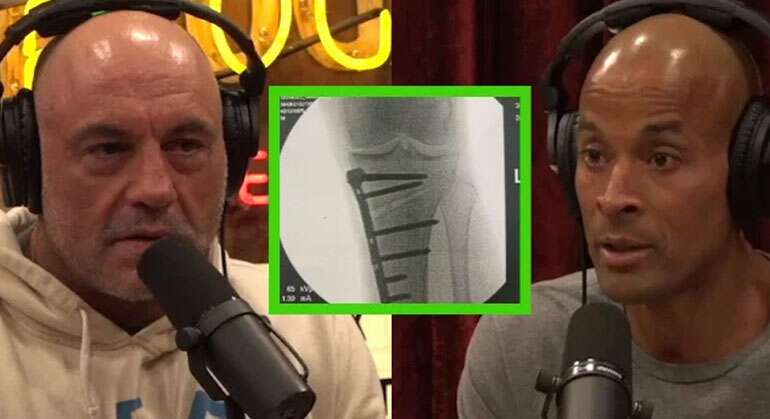 What is a High Tibial Osteotomy?

The HTO procedure is typically done through an incision on the front of the knee. First, the surgeon makes an incision in the skin and then carefully cuts through the bone using specialized instruments. Once the bone has been cut, the surgeon inserts the wedge-shaped piece of bone and secures it in place with screws or pins. The incision is then closed with stitches or staples.

The HTO procedure is typically done on an outpatient basis, meaning the patient goes home the same day as the surgery. Recovery from the procedure can take several weeks to a few months, depending on the individual patient and the extent of the surgery. Physical therapy is often necessary to help the patient regain strength and mobility in the knee.

While Goggins undeniably underwent an HTO, as evidenced by his postoperative x-ray, there are some aspects of the podcast that require clarification. 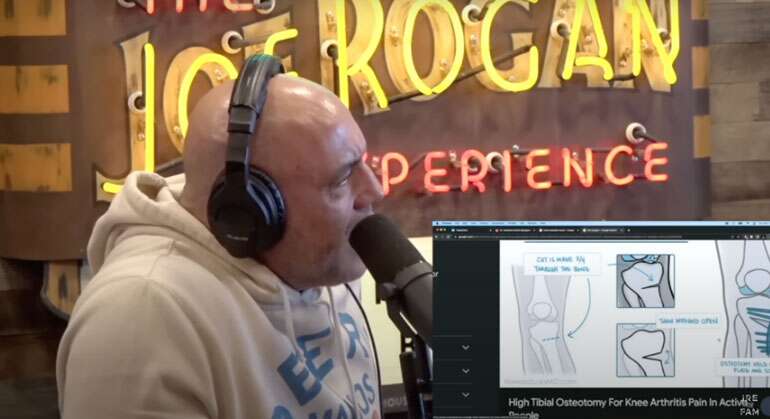 “So they take a slice out of [your shin] because it’s deformed. And that slice lowers the side that’s deformed and tries to make it a more natural shape.” – Joe Rogan

While this is a fairly simple description of the HTO procedure, it requires clarification from a technical standpoint. While Joe Rogan is correct in that some forms of HTO may remove bone (called a closing-wedge osteotomy), the surgery Goggins underwent is called an opening-wedge osteotomy, where a wedge of bone is added (and not subtracted) to correct alignment. The wedge is then secured by a plate and fixed with screws. This is the most common form of high tibial osteotomy.

High tibial osteotomy does not address the intra-articular cartilage deficits caused by arthritis. However, it corrects the mechanical axis of the knee to prevent overloading of weight onto one compartment of the knee, and patients do gain symptomatic relief from arthritic pain.

“Can they do a meniscus replacement on you?” – Joe Rogan

“No… My knee was too far gone. [The HTO] was my only option… Right now, there’s no bone on bone for me, so there’s no need for that meniscus at all.” – David Goggins

While HTO can correct alignment issues, arthritis progression of the knee remains a multifaceted issue, requiring both proper mechanical alignment and intact medial and lateral menisci. While Goggins’ HTO may have corrected his alignment, it is incorrect to state there is no need for the meniscus anymore, because both are important factors for the structural health of the knee.

Meniscal allograft transplantation (MAT) is a procedure where a healthy meniscus is taken from a donor and transplanted into the patient’s knee to replace the damaged or missing meniscus. The procedure is typically done through an incision on the front of the knee and may be performed using minimally invasive techniques, such as arthroscopy.

While Goggins was likely not a great candidate for MAT due to his severe arthritis and falling just out of the preferred patient age group for the procedure, studies from Midwest Orthopaedics at Rush have shown strong clinical outcomes and high return-to-sport rates for patients receiving a combined HTO and MAT.

“I feel the plate every single time I move… because it’s like connected to the hamstring.” – David Goggins

Patients are commonly able to feel their plate following high tibial osteotomy because the shin bone is not covered with much muscle. Additionally, Goggins is correct in that the hamstrings insert over the HTO plate. However, modern HTO systems are being developed that may reduce these symptoms. New generation HTO systems use patient-specific instrumentation for osteotomy cutting and plating, or even use plate-less fixation altogether. Dr. Jorge Chahla at Midwest Orthopaedics at Rush uses cutting-edge technology for high tibial osteotomy to provide the best outcomes for his patients. 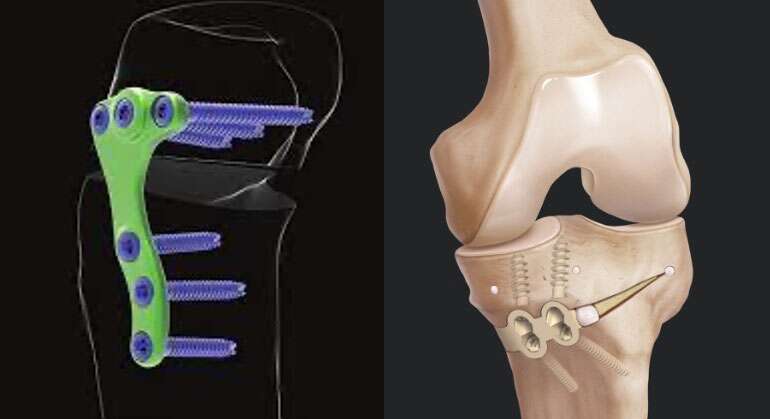 “The swelling in that leg [at four months]… was nuts.” – David Goggins 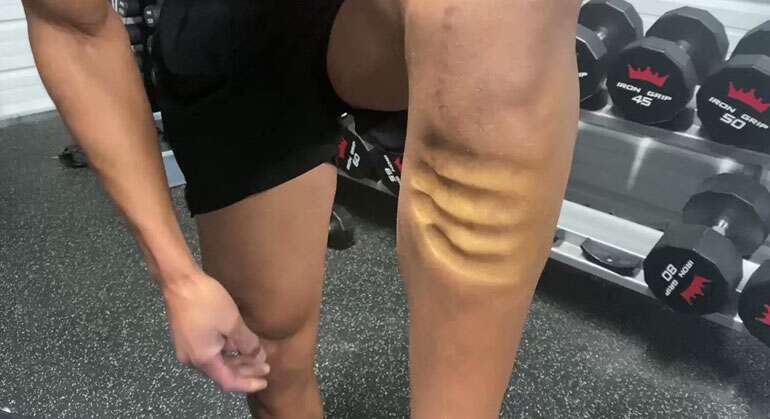 Post-operative swelling following HTO is common. However, at four months postoperatively, patients should NOT be experiencing this level of swelling. Goggins’ edema can likely be attributed to his activity level and a presumably accelerated rehabilitation given his lifestyle and occupation in running.